Melbourne is often dubbed as Australia's design capital and it comes as no surpirise when Sydney-based lighting and colour consultancy firm, lick light + colour, decided to launch 'lick Melbourne'.

"As lick is doing so well in Sydney, now feels like the right time to launch lick Melbourne, the venture is an exciting move for me," says Terry Hogg founder of lick light + colour.

lick is dedicated to providing light and colour solutions that support the intent of any living space or work environment. lick's philosophy is simple; they facilitate their clients vision, taking the time to understand their lifestyle or organisation.

"I lived in Melbourne for a number of years in the 80's before heading off to europe to expand my wings and design ascetic. I returned to Australia and set up lick in Sydney in 2001, " says Hogg.

"I love Melbourne. It is such a cool town, its arty, edgy and very friendly - it reminds me a lot of some of the European cities especially Berlin."

lick's sucess can be attributed to its practical and inventive feel for colour, light form and function, along with its sympathetic approach to every project. 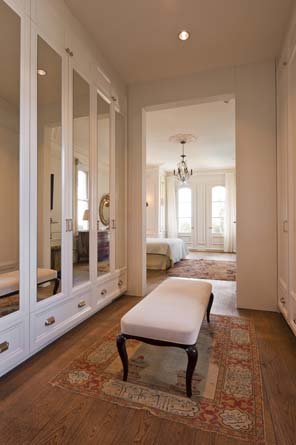 Light and Colour with Mr Hogg.

One of very own favourites, Terry Hogg, Colour Consultant / Lighting Designer from Sydney and Melbournes LICK Light + Colour, took time out of his creative day to answer a few of our questions.