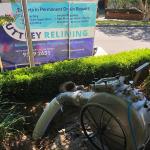 By Ruttley Relining|August 05, 2020
Pipe relining is a little-known alternative to replacing damaged pipes. It is a restorative and strengthening procedure done on pipes and drains. The plumber begins by inserting a special tube inside the pipe. The tube is then inflated and swells up against the inner walls of the pipe. A resin coating on the tube’s outer wall adheres to the pipe, forming a new internal lining once it cures.

The lining seals off leaks, strengthens cracked pipes and smoothens the inner surface to achieve a seamless fluid flow. Pipe relining is far more convenient when compared to replacing old pipes or fixing damages. To elaborate, here are five reasons why you should work with a pipe relining company to fix drainage issues or revamp your plumbing system:

Pipe relining is a more cost-effective solution than replacing damaged pipes or attempting repairs. First of all, the lining itself costs a lot less than a new pipe. Secondly, the whole process requires less labour and specialised equipment, making the installation cost very low. Moreover, pipe relining adds value to your property by improving the quality of its plumbing system.

The liner material is an incredibly durable and robust compound of synthetic polymers such as epoxy, vinyl ester and silicate. Once it sets, the thick and sturdy padding reinforces the pipe from the inside and strengthens all its weak points, including cracks, rusty sections and holes. As a result, the relined pipe becomes more resilient to both internal and external damage. Pipes and drains fortified with relining last much longer and typically have extended warranties of at least 50 years.

Repairing or replacing underground pipes can be an extensive and messy operation. All the digging and heavy machinery could easily get in the way of everyday household activities and leave your front or backyard in shambles. Pipe relining is a less involved repair solution and an alternative to excavation.

Plumbers never have to dig up pipes when relining them. They instead use cameras and flow sensors to inspect the pipes before and after relining; plus, the process itself does not require the pipes to move.

Most pipes, including PVCs, have a rough inner surface onto which solid mater and minerals can attach and accumulate, resulting in built-up clogs or constricted flow. Pipe liners have a smooth surface finish that discourages blockage and helps optimise water flow capacity and pressure.

Replacing old pipes is a hands-on task that can take a couple of days or even weeks, depending on the job’s scope. On the other hand, pipe relining only takes a matter of hours. In fact, the only tricky part is preparing the pipe for relining, but even so, an experienced crew can have any pipe prepped and ready in no time. This makes pipe relining an ideal solution for time-critical drainage and plumbing emergencies.

Pipe relining is a convenient way to save money and time on otherwise strenuous and costly repairs. And it is not just a quick temporary fix either – in most cases, relining is actually more of a permanent solution than replacing the pipe itself. However, you can only reap the benefits of pipe relining if carried out by experienced professionals.

Ruttley Relining is a Sydney-based pipe relining company with over 15 years of professional plumbing and drainage repair experience. Visit our website to learn more about our services.
Like  ⋅  Pin to Ideaboard  ⋅  Share
Related Articles 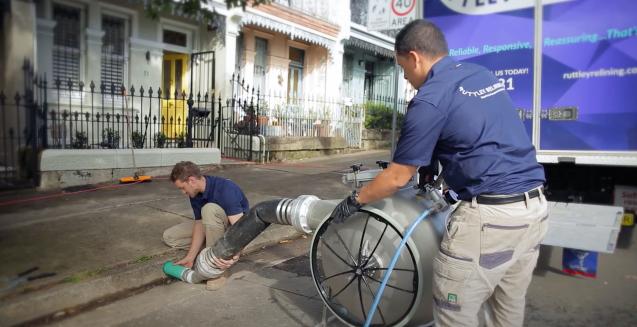 What Is Pipe Relining?

To fix the damaged pipe, you'll typically need to go with either pipe replacement or pipe relining. Here's what you need to know about the distinctions between the two to decide which is best for your needs.