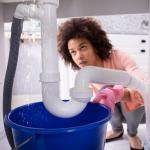 By SA Pipe Relining|July 01, 2021
Are you worried about getting clogged drains?

They can be quite a pain. From a minor inconvenience to stinking up your house to causing a large plumbing bill. It’s no wonder you want to avoid them.

We’ve got great news for you — you can avoid nearly all clogged drains by being aware of what causes them and taking steps to prevent them. Read on to learn about 8 common causes of clogged drains.

Hair is beautiful, but not when it gets stuck in the shower drain. Bits of hair that wash down the drain can get tangled into a clump and stop up your drain.

Soap is great for getting us clean, but it can also leave a slimy residue. This residue can build up in the drain and other bits of debris can get stuck in the scum instead of washing away.

Similarly, minerals such as calcium can build up over time in your drains. By themselves, it’s unlikely they will build up enough to block the drain. However, they can provide a snag point for other bits of debris to get hung up and cause a clog.

It might make sense to toss cat waste down the toilet. After all, that’s what a toilet is for, right?

Unfortunately, there are probably also bits of cat litter stuck to that cat waste. Since cat litter is supposed to clump up when it gets wet, you can imagine what it does to your poor drainpipe!

Sometimes toiletries accidentally get knocked into the toilet. But sometimes people toss them in, not realizing the damaging effect this can have on your drainage system.

Toilet paper is the only thing you should ever toss in your toilet (aside from what it was designed for).

Similarly, household objects might end up in your drains. Perhaps your kids thought their superhero figurine would like to go swimming in the toilet or something got knocked off the bathroom counter.

Regardless, these objects often won’t make it through the system and will get stuck somewhere — joining with other debris to create a stubborn clog.

Any trees that are too close to your drain pipes will be attracted to the nutritious sludge inside. Over time, the roots can create or widen cracks and damage the pipes.

It’s common for little bits of food to get washed down the drain when washing the dishes. Most of the time, these bits continue on through the system and don’t cause troubles.

But sometimes they can get stuck. Once a constriction starts, it’s easier for other bits of food or grease to join them and before long, you’ll have a plugged up drain.

Getting Rid of Unwanted Clogs

If DIY methods fail to produce the desired result, you’ll have to bring in a professional plumber. Ensure anyone who works on your drains is licenced for drainage work. Inexperienced plumbers can cause more harm than good in some situations.
Like  ⋅  Pin to Ideaboard  ⋅  Share
Related Articles 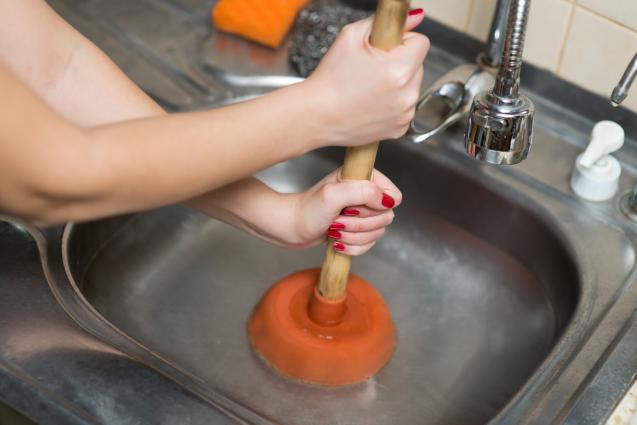 How to Unclog a Drain

Clearing a blocked drain sometimes isn't as difficult as you might think. Here are a few ways you or your plumber can unclog a drain.